Among Us: Space Rush

Among Us Games Play Online Free

Among Us is a cosmic detective saga where you will either play the role of a peaceful astronaut threatened by an alien killer and trying to find out who it is – or the killer who pretends to be a regular crew member and needs to murder everyone on board without being revealed. The game is played by up to 10 people, there are no bots, only live players. So it’s an absolutely thrilling and intriguing experience you just can’t miss! Are you ready to begin? 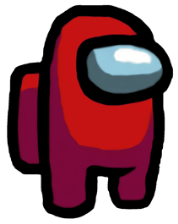 Friday Night Funkin vs Impostor Among Us

BEST AMONG US GAMES HERE!

FNF vs Impostor Among Us v2

Among Us: Single Player

Friday Night Funkin vs Impostor Among Us

At the start of the match, players gather at the lobby and one or several of them, depending on their number, is assigned the role of the traitor. That happens randomly, you can’t influence this process. The killers aren’t seen by anyone but each other. Nobody knows who they are, that can only be determined in the process of playing. Then everyone spawn in the ship and the match begins.

There are currently four different maps that you can play on. All of them have their peculiar setting with different locations and tasks. That adds a lot of diversity to the game because every time you can get a new experience even though the rules remain the same. All peaceful astronauts receive a series of tasks they need to accomplish. If they manage to do it before the murderer deals with everyone, they will win automatically. They can also do that by figuring out who the traitor is and voting them out of the ship.

Vote the killer out!

The votes are called when somebody finds a dead body. Then they need to report their discover, run to the security room and press the emergency button. Everyone will gather for a discussion. But even if you saw who did it, don’t think it’s going to be that easy to convince the others! The killer might start to frame you instead saying that it’s you who killed the poor guy. It’s only a matter of who will sound more persuasive.

If most of the players are in favor of executing one particular person who seems to be most suspicious, they are thrown out into the open space. But as practice shows, people rarely guess correctly at the first attempt, so the game will likely continue. The more mistakes the astronauts make the fewer crew members are left on board and the closer the traitor is to fulfilling their goal. If the number of the astronauts equals the number of murderers, the latter will win automatically.

Playing as a traitor has its own peculiarities. They don’t get any tasks and have to run around pointlessly imitating some activity. That’s the first thing that can alert you this particular person might be the one you’re looking for. They are also the only ones who can move around the ship through the ventilation system. So if you see somebody near it, this is also a troubling sign. Finally, traitors can set up sabotages with an intent to do critical damage to the ship even before murdering everyone and thus winning the game beforehand. This is an exciting, but also rather difficult role that requires a lot of ingenuity and cunning. Play Among Us online, try yourself both as a peaceful astronaut and a brutal killer and enjoy the thrilling emotions!

We use cookies to offer you a better browsing experience, analyze site traffic and personalize content. If you continue to use this site, you consent to our use of cookies.  More details
Close